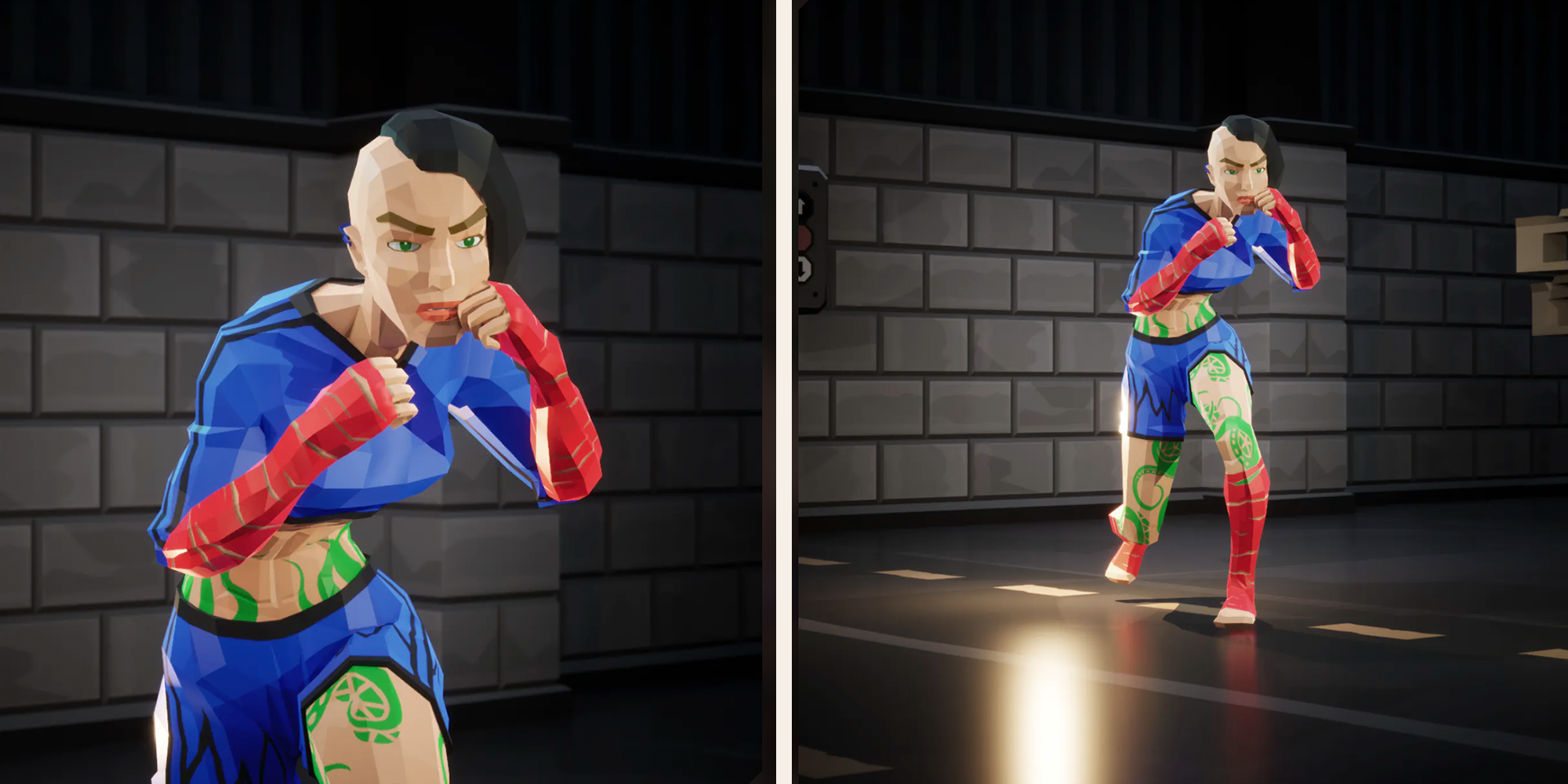 The Uppercut community has been working tirelessly over the past three weeks to begin building the backstories for their Heroes. Over 1000 submissions have been made in the first three weeks, and we're sharing excerpts from six users' submissions, which they shared ahead of our first writing workshop. (Please note, these have not been edited for grammar or spelling.)

Week One: What's In a Name

Text response 1: Beautiful and feminine as is “expected” of a Bhutanese Princess, Pema's inner struggle between her royal and familial obligations and forging her own path are noticeable to those who take the time to truly look deeper. Her good looks and refinement further conceal the sheer will, determination and resourcefulness that Pema has developed over the years.

Pema shaved her hair on one side of her head as a form of tonsure showing her devotion to the beliefs of the masters that taught her in their techniques. Her raven hued locks on the other side are kept long and straight in deference to her royal duties in such a way that the shaven side can be hidden as needed.

Though illegal in Bhutan, Pem received Sak Yant tattoos at Wat Bang Phra while in Thailand on an ambassadorship mission. These are said to be imbued with mystical power, protection and charisma. These are also a sign of her rebelliousness and a way she could physically represent the resentment towards the majority of her family and position that are ever present. They could only be placed in areas of her body that could be covered due to their legality and the expectations of her role as princess and ambassador of Bhutan.

Text response 1: Pema is a Bhutanese Princess and 3rd in line to the throne behind her two older brothers. She was pampered and sheltered as a youth and always expected to maintain airs of ladyship and royalty.

Her father adored his only daughter from the time she was born. He showered her in praise, gifts and love. However, he became very distant as he began to work with her oldest brother and heir to the throne.

Pema's mother is completely cold towards and covetous of Pema as she has always been jealous of Pema's father doting relationship with Pema, “a mere girl.” She seeks to expand the empire and sees Pema as nothing more than an object to be used to that end, seeking to sell her hand in marriage to the highest bidder.

Pema and her brothers always played together when not being directed in their studies as youths leading to Pema becoming interested in the fighting styles and weapons training that her brothers received but she was forbidden from and became very close.

When Pema's older brother's studies turned to his eventual accession to the throne, he too became more distant leading to resentment towards him and their father.

Pema and her middle brother remain thicker than thieves and do everything together. He is the only one who knows her secrets.

Text response 1: Pema is a Bhutanese Princess and 3rd in line to the throne of Bhutan. Her royal duties include assisting with the issues of locals, leading charity events and acting as an ambassador for Bhutan to other countries in the region. Though initially discontent with her role and of the opinion that should could do far more, Pema has come to love the people of her region, treats them with empathy and truly enjoys the time she gets to spend with the "common-folk" much to the chagrin of her mother.

While on her ambassadorship missions, Pema also realized that, without the constant oversight of her family, she could sneak away and learned how to "blend in" with the people's of each area becoming a bit of a chameleon.

It was during one of these "outings" amongst the people of Tibet when she first encountered a mysterious man in a temple bearing the symbol of a white crane that would change her life forever...

Text response 1: Characteristic/trait and what does tell you: Most believe that Pema wears the colors red and blue as a sign of allegiance to Bhutan as they are often the colors of the Bhutanese royal seal. This is simply another crafty deception on Pema's part as the colors are, in actuality, a symbol of Tibet's resistance, struggle and fighting spirit and an homage to the training she undertook with master Dudjom Rinpoche III in the secret Chokpori monastery.

Text response 2: When Pema learned of the Uppercut Training Club she was immediately intrigued. Although she has spent years learning and incorporating various fighting styles into her own repertoire, she has been limited by geography due to needing to abide by her royal duties and staying near Bhutan. Given the opportunity to train with the top fighters from all over the world, Pema saw an opportunity she couldn't pass up.

Text response 1: A princess with supreme empathy can come with drawbacks. Though her empathy helps Pema to better understand and connect with her people on a deep level it has also led to an extreme fear of fire due to the self-immolation practices of those with strongly held beliefs fighting for various causes. Having personally witnessed a young teenager with great promise and a bright future commit this act as a revolt against her own parent's decision to further tax the impoverished of her country scarred Pema deeply.

Text response 1: A true woman of mystery and full of secrets that few know, Pema earned the nickname Phurba due to her activities in slaying the “demons” of oppression throughout Bhutan and amongst her travels using her favorite weapon the Phurba dagger. She has secretly assassinated countless enemies of the people who sought to do them harm. Though often at odds with her family she has also secretly “taken care” of many who would attempt to take the throne from her father believing that with her guidance that perhaps she can guide the ship for the best to help her people. However, during one of these missions, while attempting to quietly dispatch of a wealthy adversary who was seeking to fund a revolution. She snuck into the house and drove her dagger directly onto the sleeping man’s chest. Immediately as the dagger hit, though, Pema horrifically saw a braided pigtail fall out from under the sheet…she had actually killed the man’s daughter. Horrified by her own action, she fled the house and has never spoken of this event, living with the guilt and using it to move her forward to this day.

Likes: training, learning new things, being amongst the people

Dislikes: tyrants, those who seek to diminish the rights of others, fire, avocados

Text response 1: Pema seems to have the innate ability to fully enmesh herself within the cultures and teachings of other societies. This has served her EXTREMELY well as both an ambassador to Bhutan and in her learning of other fighting styles. She is a chameleon of sorts, taking on the “skin” of wherever she is. She can blend in in all scenarios from royal balls to the slums of Yangon. Completely unrecognizable and accepted, Pema is able to gather a tremendous amount of information about whatever task or target she is working on. However, Pema's inherent empathy makes this skill dangerous as she will often be distracted from the task at hand due to “smaller” concerns. She simply can't leave it alone if she feels that someone has been wronged, even if it means losing sight of the bigger picture.

Pema is always learning and always training. Attempting to bring everything around herself into what she is this leads to growth but also loss of self. She is also habitually late which completely goes against her typical perfectionist self!

Text response 1: The first princess to be born in Thimpu after the capital moved from Punakha, Pema in many ways personifies the convergence (and some would say conflict) between the traditional and modern that is seen in Bhutan's capital city. Steeped in and respectful of the traditions of Bhutan, Pema also has yearned to incorporate elements of the modern world in not only her training but her world at large. Being doted on and protected from birth was initially comforting but only led Pema to more fully realize all that she had been sequestered from once given a taste of the outside world. Pema feels that if Bhutan refuses to incorporate some elements from the modern world they will be left behind but never wants the traditions and struggles of her ancestors to be wiped from memory.