The Next Generation of Filmmaking 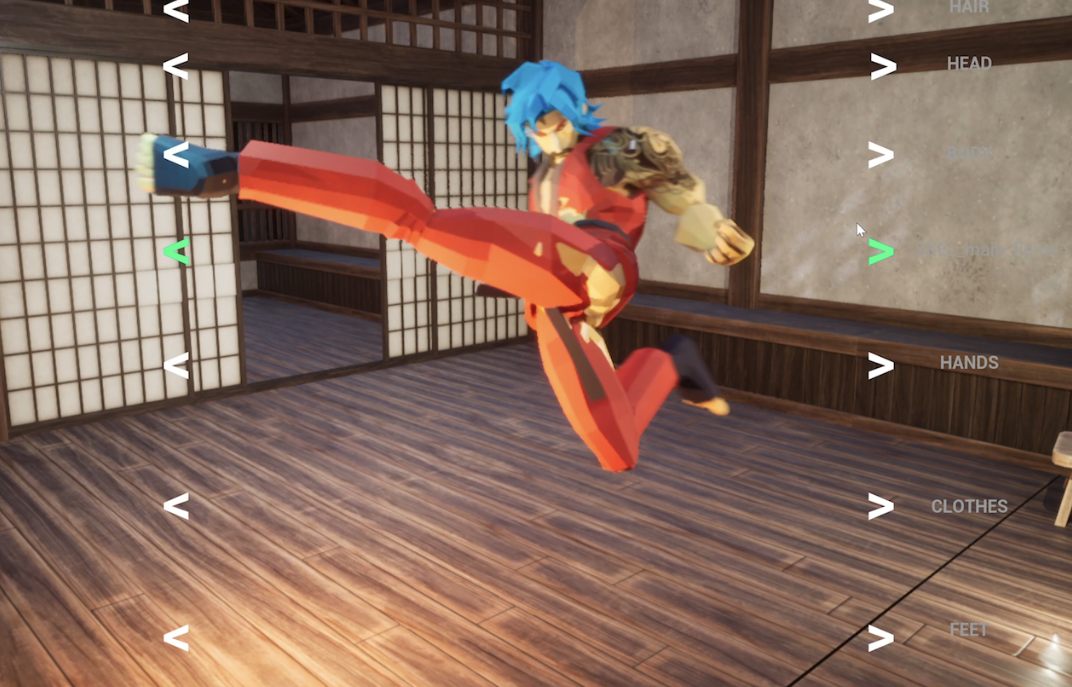 Uppercut Training Club is in the vanguard of the exploration of what’s possible with filmmaking in the metaverse. It’s what makes it such an exciting project for us at HaZimation to collaborate with Jumpcut on and what will make it a refreshing experience for you.

Filmmaking driven by utility-based NFTs is much quicker and more engaging than the traditional Hollywood approach. What normally takes several years can take just weeks or even less for us. Uppercut Training Club cuts out all the excess from the old process and our community can challenge us to push the action genre further in ways no one has seen before. Metaverse filmmaking is an overdue way to shake up the typical formula we see so often and bring back originality and creativity to storytelling. 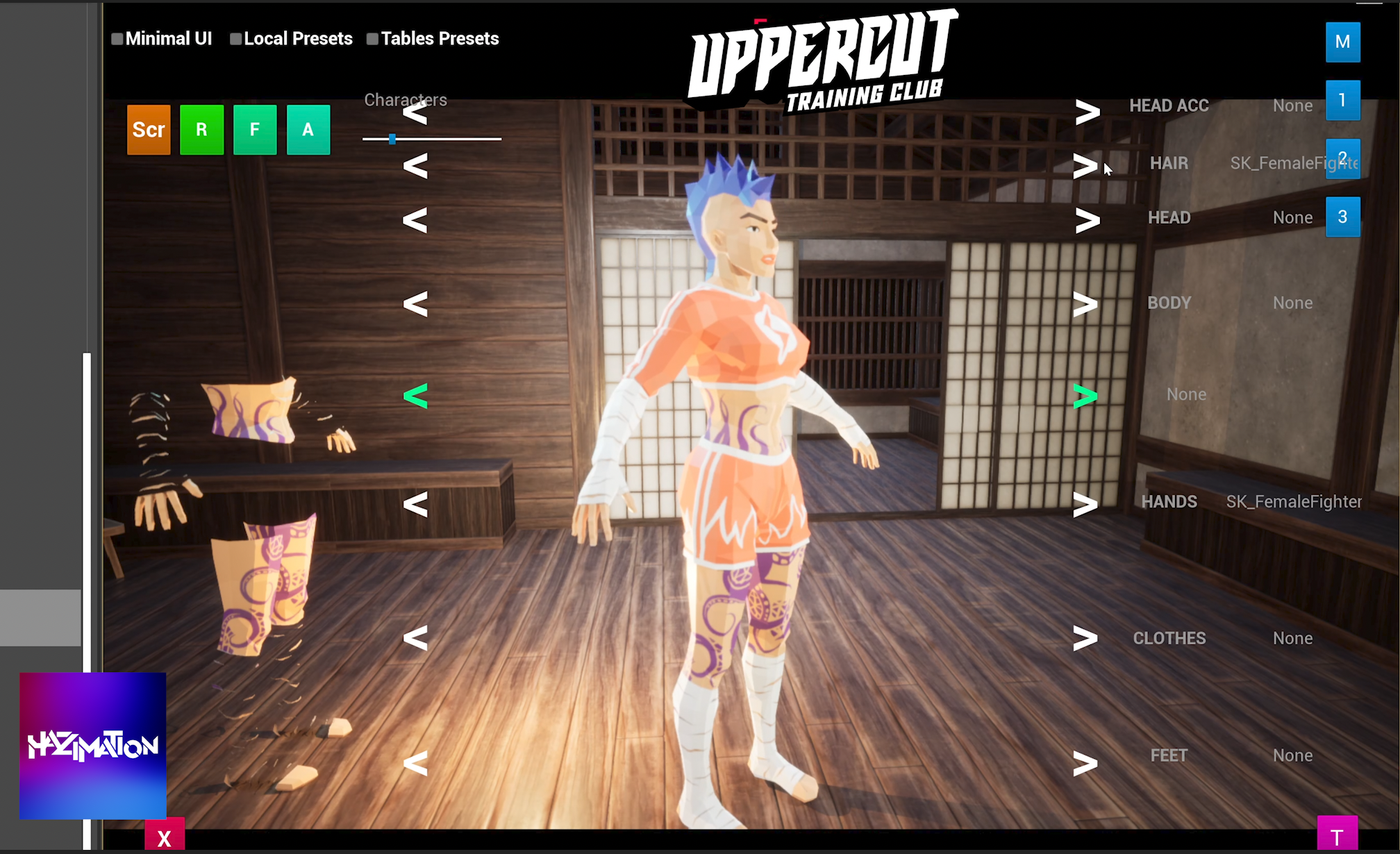 Above: Behind the scenes of the character creation in the Dojo Engine.

HaZimation has been innovating in the real-time animation space with supprt from Epic Games, Nvidia, Reallusion - with our animated flagship film RIFT currently in post-production along with the video game spin off simultaenously in development. We built all the characters as reusable modular characters because we believe in a mantra of “build once and use many times”. This enabled us to create our film rapidly with vibrant memorable characters.

We’re using the same agnostic and interoperability approach for Uppercut Training Club. Every character is being designed and generated as a fully modular 3D asset where the head, body, arms, clothes, and accessories are all individual components. As each character has the same modules, it’s easy to create programs to bring them to life.

To help you use your Heroes to their full potential, we'll be making them available to you in various formats. You’ll eventually be able to export all assets to a variety of common formats such as USD, Alembic, FBX or even utilize the Nvidia Omniverse. What this means is the NFT you own will use the same technology as our animated film so you can make your own films using your Heroes!

There are many more options for what you can do with your Heroes such as using it in your own spin off animated series, video game, web-comic, or other types of media. Later down the line, you’ll be able to import your Hero to places such as Roblox, Meta and other metaverse too. Stylistically we chose to use low polygonal avatars so they have low latency and are frictionless to use on any platform and device. We’re excited to see your creative uses of your Heroes!

We believe user generated content is a huge part of why the metaverse will continue to grow.

There are so many exciting ways we can expand the Uppercut Training Club world so keep following our progress and join our community on Discord so you can participate in the change we’re driving in filmmaking.